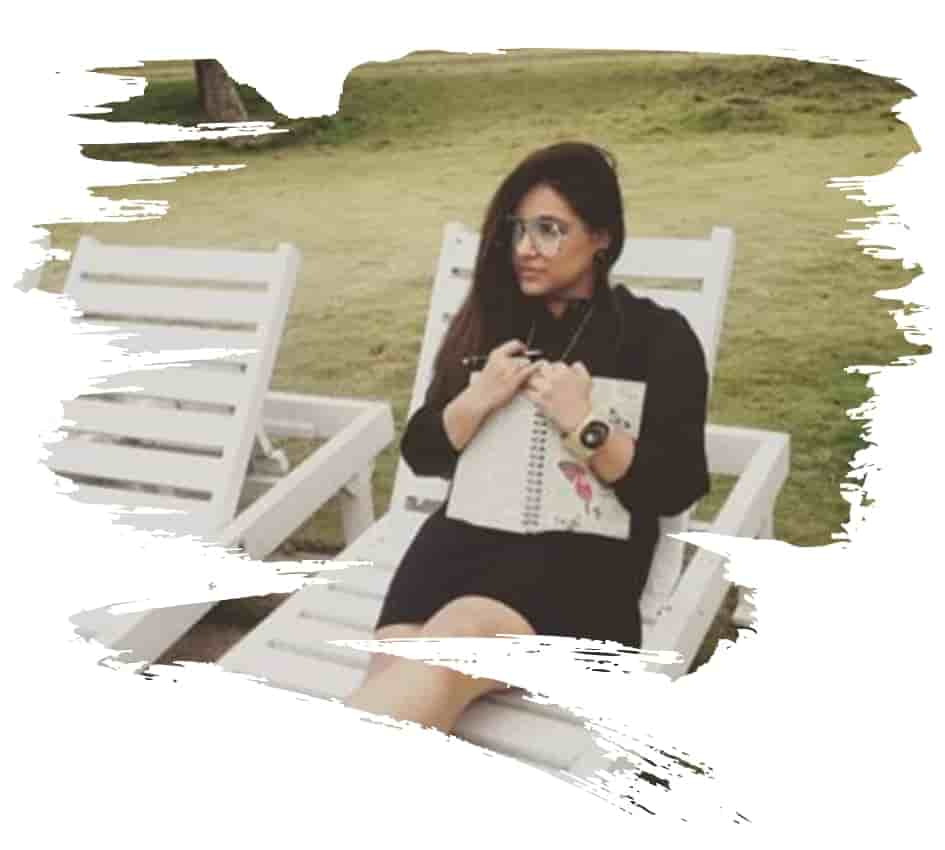 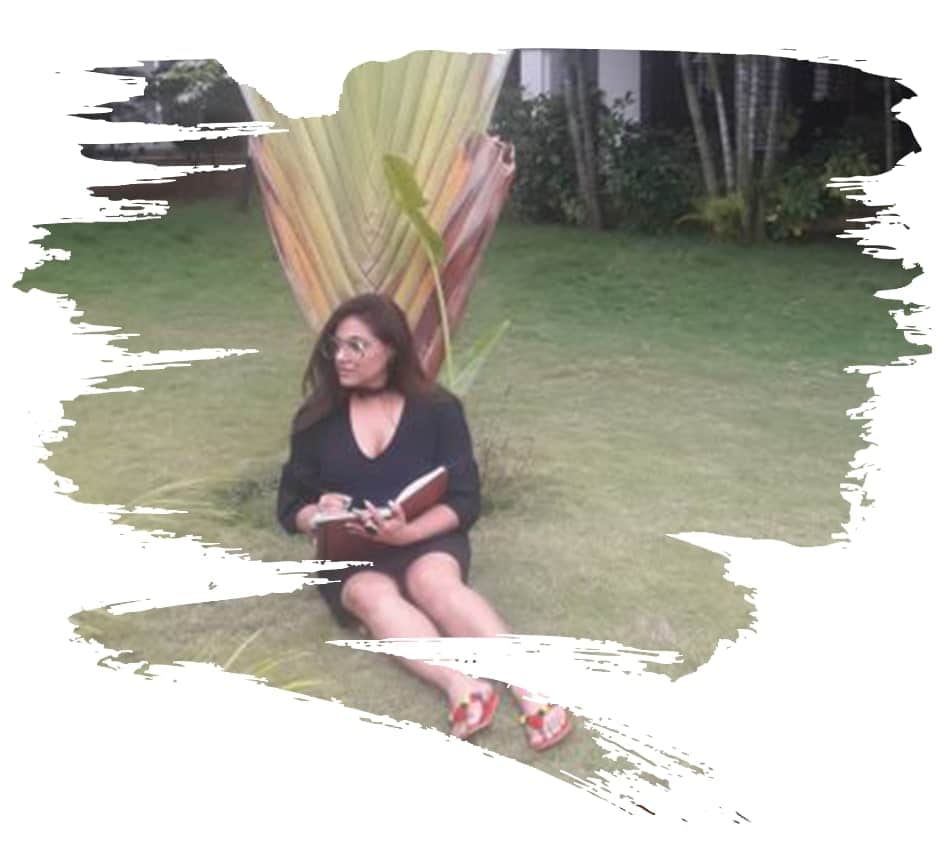 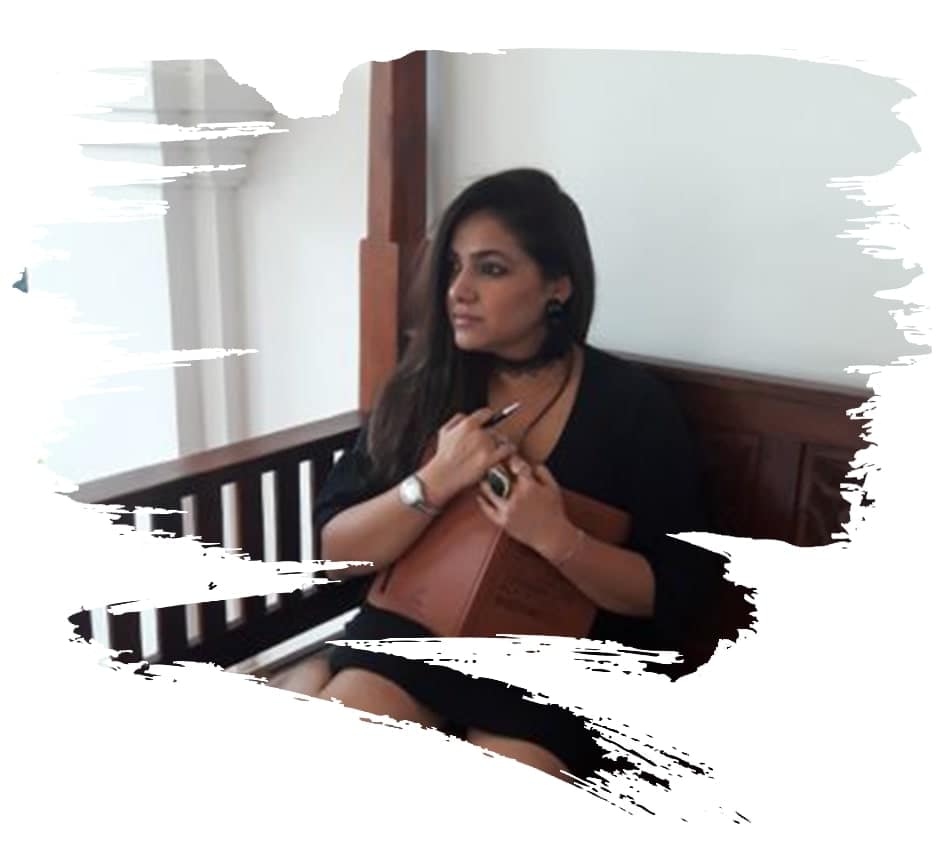 Meet The Girl Who Helps You In Finding Your
G-Spot

She’s not rich, nor powerful; or tall or beautiful
she’s not always smiling ear to ear, rather sometimes sits in a puddle of tears;
she’s not strong as nails, she’s made of skin and bones and feelings we all entail…

despite it all, she’s not your average girl-next-door, she’s seen a fair bit of all;
she’s not ‘Superwoman’ for sure, but A Super Woman she strives to be;
just like you, and you and you and us all.

And This Is Her Story

A few years ago (read decades!)…
…a girl was born in the Cultural Capital of India, Calcutta, and thereon raised in the Nawabi town of Lucknow. As a child, she couldn’t have asked for more (or as was in the good ol’ days there were no issues of expensive toys, branded clothes or foreign holidays). Life was…well…simpler. 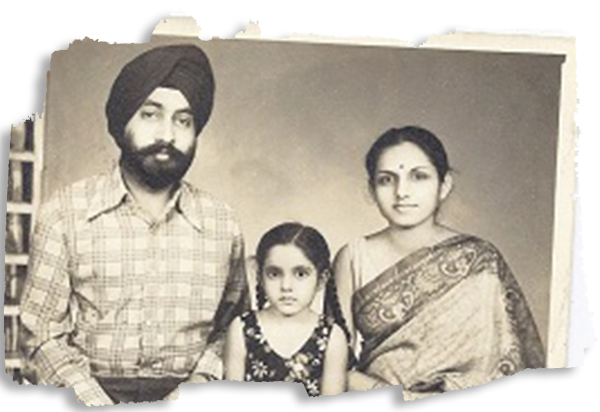 Growing up in the big bad Capital of India, Delhi, in one of its snootiest pin-codes, ensured she grew up to be somewhat of a spoilt brat, her only saving grace being the genetic disposition she inherited thanks to an ‘intellectual’ Surdi family (no-pun intended…yea rite!). A near-fatal mysterious ‘episode’ as a child didn’t dampen her spirits, nor did her irregular heartbeat or the news of a condition that she took time to pronounce correctly. 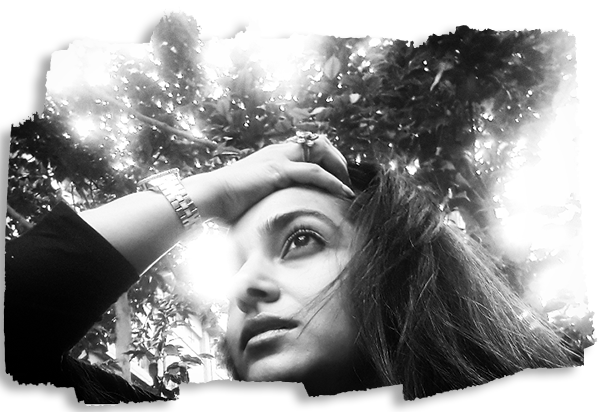 That was the one word she would use to describe her self – alive-n-kickin’ despite all the strange brushes with death. She simply had to make the most of this one life she was given, a life so uncertain and therefore all the more beautiful. And so, despite her carefree disposition, she managed to ace her education and worked her way up the corporate ladder in Sales & Tech, in India and London (read selling, begging, ass licking, posing smart, talking sense…sigh).
From Delhi to Bombay, Bangalore to Gurgaon she discovered the one place her heart felt was home, London. But as fate would have it, she was called back to millennium city of Gurgaon. Two decades of working across the globe, running after ‘success’, chasing the typical dream, and thankfully exploring 15 countries, she had seen pretty much all. 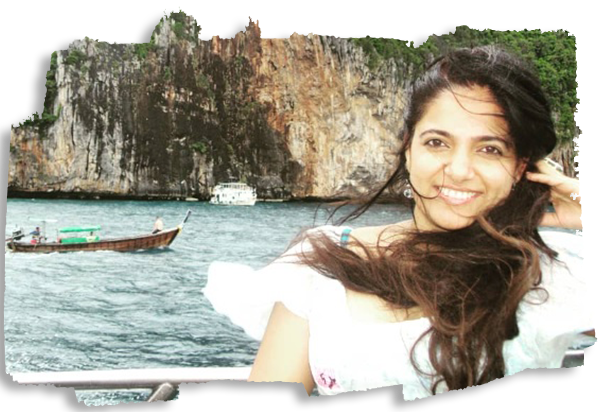 Until One Fine Day…

after 13 amazing years, she found herself sitting in an airport lounge, feeling chuffed about her Platinum Jet Airways card and desperately trying not to eye the ‘free’ treats beckoning from the non-descript trays of poison, and she knew it…in that one moment. She wanted more. More different, yet more challenging, way more rewarding…and if that meant giving up her platinum card, then so be it.

And So She Jumped Off The Cliff!

… into a crazy, intense, adrenalin-pumping free-fall called ‘Entrepreneurship’; yes she did get promoted from Director to CEO – often that stood for Chai & Entertainment Officer, but the most humbling experience of her life also went on to be the most satisfying, having built from scratch India’s 1st premium-wear fashion e-commerce platform.

But All Good Things Come To An End…

and when she anchored this ship back into the sleepy dock,she spent the next one month nursing her shattered dreams. Till one day, when she stopped. Stopped it all. To simply Come Undone… and let her laidback-inner-child guide her over-achiever-brain. 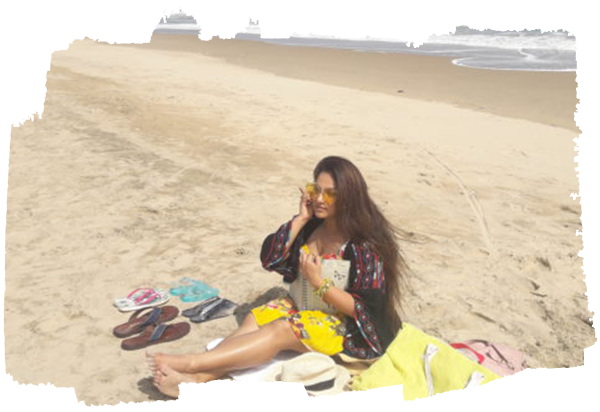 Till Another Fine Day…

…emerged Her First Book.
A book that took her back, back to where it all started;
All the moments she lived through, the people that touched her life,
Her journey to find the meaning in life took her through all the moments that gave meaning to her life; moments that made her the person she is, flawed but real. 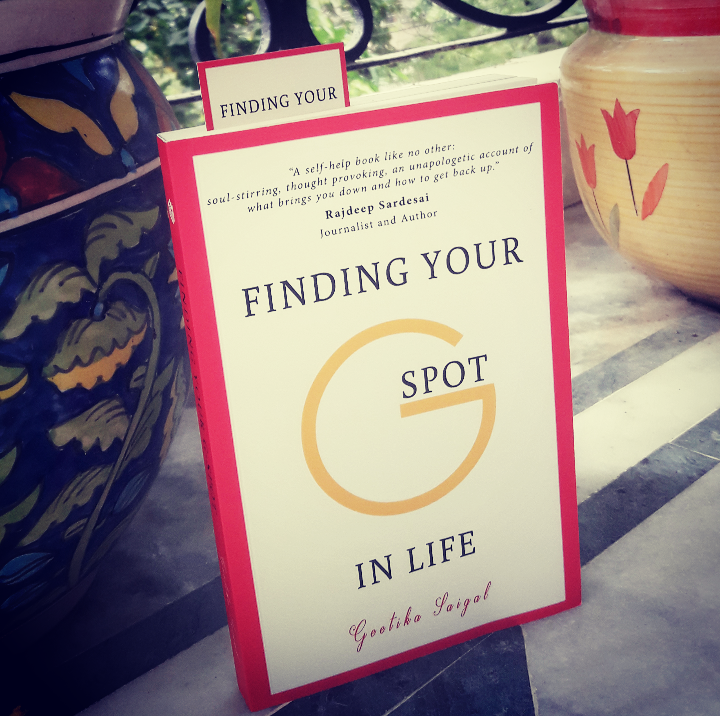 Read her debut book, a Non-fiction that’s descried by many as the most ‘unconventional self-help book’; real and raw, funny & witty (surprise, surprise!), inspirational and motivational (had to use the buzzwords, right!); a must-read and keeper for life; the perfect first-time self-help book for a reader…any reader, as long as he/she has the time to explore, is his/her top priority in life, and has the desire and some guts to re-discover the self.

Is That Person YOU? 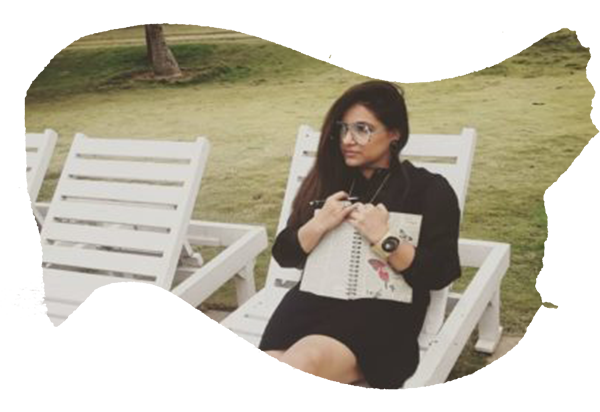 Geetika Saigal is an Amazon No.1 Bestselling Author, 5 times TEDx Speaker & Award-winning Business Coach, on a mission to help you in ‘Finding Your G-Spot’ in life.
A Global Corporate Leader turned Entrepreneur turned Writer, her debut book ‘Finding Your G-Spot’ became an Amazon No.1 Bestseller.
Widely acclaimed for her work, she has been called “a breath of fresh air in the literary world” by Deccan Chronicle “next reckoning in the motivational speaking world” byThe Asian Age, “making waves with her unconventional writing style and larger-than-life persona” by Arianna Huffington’s Thrive Global, "Deep yet humorous, soulful yet brutally honest, Geetika Saigal is jazzing up the self-help genre" by Yahoo News and many others.
A TEDx Speaker, she has spoken 5 times on the renowned global platform of TEDx Talks and is often seen delivering inspirational Keynote Speeches in Top Universities & Corporates on Self-Discovery, Mindset, Entrepreneurship, Diversity & Growth.
With a 100,000+ loyal followers base on Social Media, who follow her sassy life advices, hard-hitting quotes and daily musings, closely, her inspirational posts have generated 15 Million views in 2019 alone, making her one of the most influential business & career coaches on Instagram in India. Her recently launched Online Mentoring & Life-Coaching MasterClasses have already received participation from over 400+ cities and 35 countries.
She has held Leadership Roles in multi-billion dollar technology companies in India & London, handled multi-million dollar businesses and led teams from all across the globe. In her career spanning over 2 decades, she’s had the rare experience of all 3 career paths - from Corporate to Entrepreneurial to Creative. Geetika also sits on the Board of Advisors at WASME (World Association of SMEs), having consultative status with United Nations bodies (UN) and advising 1000+ budding entrepreneurs.
She’s been awarded the All India Achiever’s Award, Indian Icon Award, Exceptional Women of Excellence Award, Women Super Achiever Award among others. Geetika’s inspirational life journey which has spanned many careers paths, global exposure and bold life decisions, shows us how to live life true to one’s self. A born speaker and inspirational leader, she speaks at leading platforms & forums, in her mission to help people build impactful careers and meaningful lives. In her own words, “If you try, you can lose; if you don’t you’ve already lost.” A big believer of both down-time & me-time, she can be found unwinding with travel, food, music and sometimes, the art of doing nothing.

LET ME HELP YOU

Whether you’re a person trying to become the best version of yourself, a large organisation on the lookout for a transformational keynote speaker, a start-up seeking mentorship or an educational institution aiming to arm your students with new-age skills, lets explore how we can work together.

Let Me Help You !